As the photos show, the past 5 months of hard graft by a team of volunteers led by Richard Albanese has transformed Cervia, and she is beginning to look her old self again.

New paint now covers most of her exterior, following much work chipping and hammering away layers rust from the hull, decks and superstructure, the result of many years of neglect. The tug is now closed to museum visitors for the winter, so some of the heavier work can be carried out. The engine room is also beginning to look rather good again, as the photo below reveals… For comparison you can take a look at the photos from our previous news in July to see how Cervia was before this work began.

However, the essential and very expensive work to slip the vessel and survey the hull plating is currently on hold, awaiting Thanet District Council’s resolution as to the future the whole of Ramsgate’s Harbour area, which includes the Museum building and dry dock. Unfortunately, this also means that our many planned events for the museum and harbour will have to be held back for the time being.

In the meantime, the museum remains open to visitors and work continues aboard CERVIA, with attention turning towards the boiler room and accomodation areas. 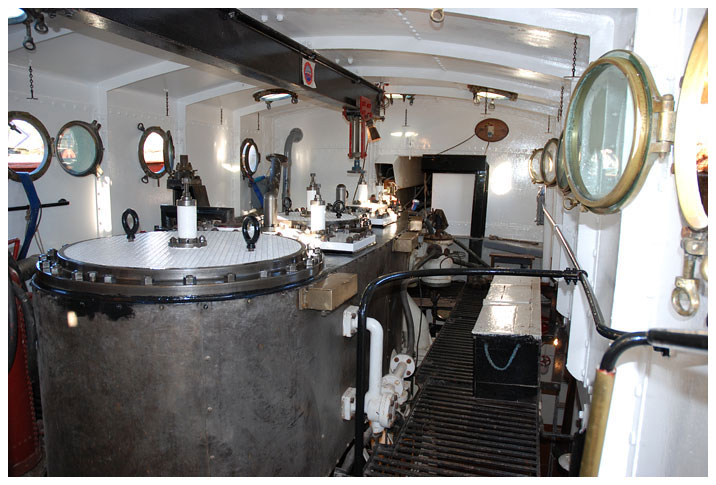 The view into the engine room casing, showing the repainted ceiling and cylinder tops.