Posted at 22:55h in Ramsgate by SMT 0 Comments
5 Likes
Share

The Steam Museum Trust, in collaboration with Francis Philips Architects, London have come up with some exciting and comprehensive proposals for the regeneration of the Museum and the Clock House. These aim to make the museum, the building and its surrounds a major cultural asset to the Royal Harbour and to Ramsgate.

The plans, which appear to have been very well received by both the Council and local interest groups, seek to restore the museum by opening up some of its original features including the Oculous in the floor in the main entrance, as well as sensitively improving the rear (south) façade. A sculptural extension to the rear of the building has been devised, such that the building will better engage with the outer harbour and utilise the large, sunny waterside terrace.

The regeneration proposals are for 3 phases of work, which are wide-ranging and include enhancement of the maritime exhibits, a pop up café in the adjoining shipping container, the creation of a gallery space, and a museum restaurant with waterside views.

The architects hope to delicately rejunivate the front façade of the Clock House with some attractive planting of trees and plants, some carefully considered street furniture and signage, and with an injection of colour via new awnings.

In celebration of the many men who lost their lives working on the lifeboats, a memorial wall has been devised as the focal point of the Clock House entrance.

In tandem with this, both Cervia – the iconic Steam Tug, and Smeaton’s Dry Dock will be improved and made better use of as attractions for Ramsgate. Subject to planning, the tug will be moved forward into the dry dock to make this a focal point for the museum and Pier Yard, drawing people to this key part of the harbour. Another striking improvement will be the addition of a historic ship on the slipway to the west side of the Clock House, which will bring together elements of Pier Yard to create a wider informal ‘piazza’ space.

We hope that a viable plan, coupled with the enthusiasm of local people, can allow the museum and its surrounds to once again become an effective cultural asset for Ramsgate, while also acting as a catalyst for future regeneration in the area.

You can download the full proposals presentation document here. 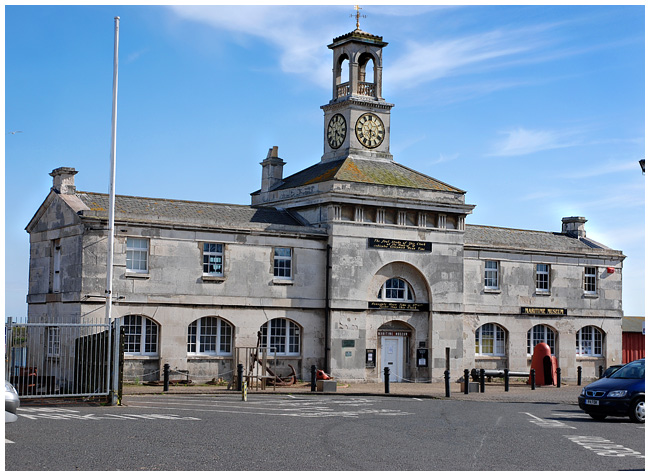