The Steam Museum | Scandlemongers and The Summer Squall
15645
post-template-default,single,single-post,postid-15645,single-format-standard,ajax_fade,page_not_loaded,,qode-title-hidden,qode-theme-ver-10.0,wpb-js-composer js-comp-ver-4.12,vc_responsive

15 Jul Scandlemongers and The Summer Squall

Posted at 13:48h in Ramsgate by SMT 0 Comments
2 Likes
Share

The museum has continued to be involved in numerous harbour-side events during the season, including childrens’ workshops with the Scandalmongers Theatre Company and reaching a climax with the established “Summer Squall” arts festival which, once again, is due to be held over the August bank holiday, 24th – 26th August 2013. 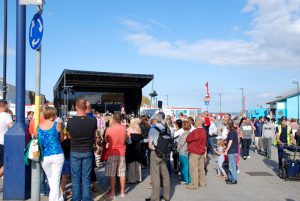