The Steam Museum | The “Old Gaffers” at the Royal Harbour!
15602
post-template-default,single,single-post,postid-15602,single-format-standard,ajax_fade,page_not_loaded,,qode-title-hidden,qode-theme-ver-10.0,wpb-js-composer js-comp-ver-4.12,vc_responsive

07 Aug The “Old Gaffers” at the Royal Harbour!

Posted at 22:22h in Ramsgate by SMT 0 Comments
2 Likes
Share

The Ramsgate Royal Harbour played host to the “Old Gaffers Association” 50th Anniversary celebrations over the weekend 3-5th August. The flotilla of traditional ‘gaff rigged’ sailing boats were moored on the museum’s King George IV heritage pontoons, Cervia and Sundowner were ‘dressed overall’ with their signal flags aloft, becoming honourary “Old Gaffers” for the event. A good time was had by all, and the evocative spectacle brought significant numbers of visitors to both the museum and to the harbour. 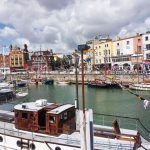 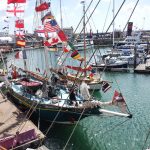 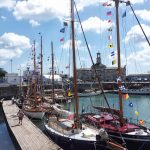 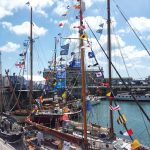