The Steam Museum | CERVIA Re-Opens to the public
15905
post-template-default,single,single-post,postid-15905,single-format-standard,ajax_fade,page_not_loaded,,qode-title-hidden,qode-theme-ver-10.0,wpb-js-composer js-comp-ver-4.12,vc_responsive 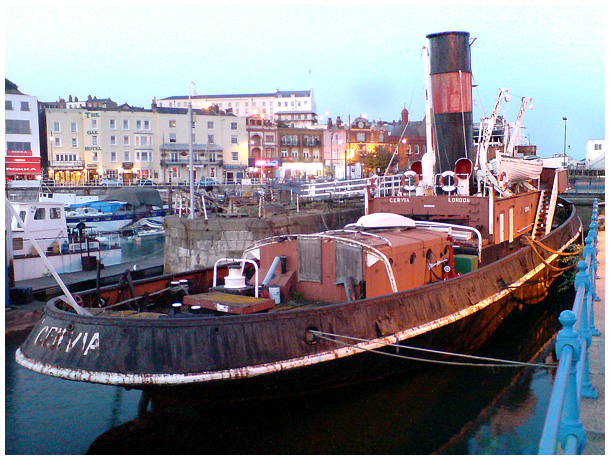 09 Aug CERVIA Re-Opens to the public

Events are now moving fast at Ramsgate. As a result of the dedicated work put in by Richard Albernese, John Vineer and their enthusiastic 5 man team, it was possible to re-open steam tug CERVIA to the public yesterday, 8th August.

Having been closed to the public since 2003, CERVIA will now be accessible for viewing 7 days a week, from 10.00 am to 5.00 pm. Whilst restoration work has only been in progress for 4 weeks, both the interior and the exterior of the vessel can be inspected, including the wheelhouse, the Captain and crew’s accomodation, and the enormous 1,000 H.P. triple expansion steam engine and boiler. Admission is without charge to museum visitors – come and see first hand how an important slice of Britain’s and Ramsgate’s maritime history is slowly coming to life in the Royal Harbour…